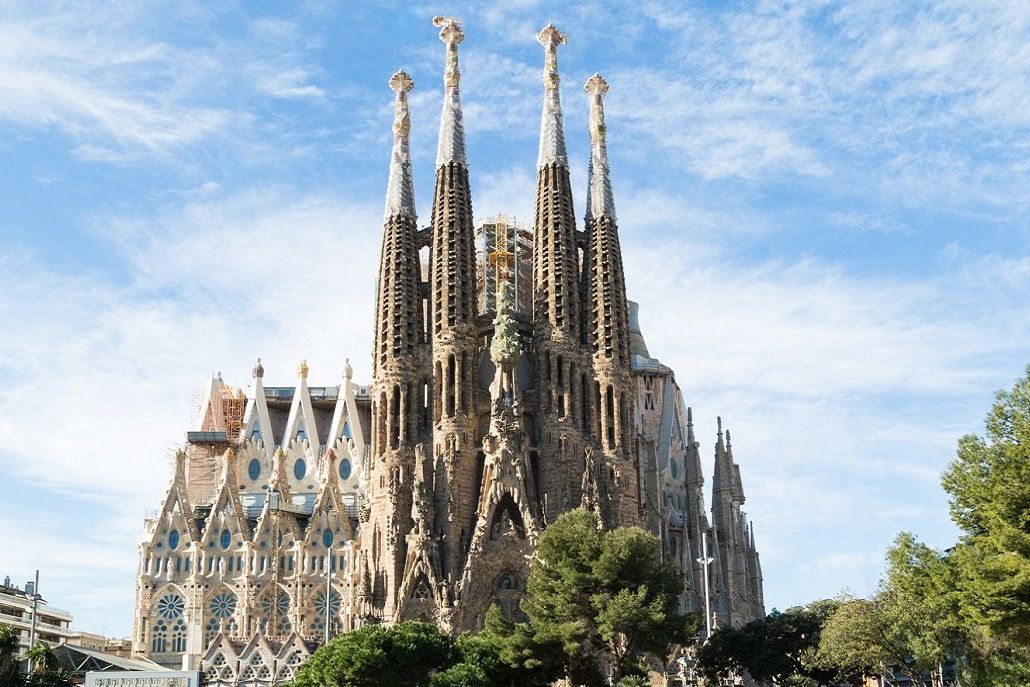 Within an hour’s drive, with easy and convenient connections to the port and the airport, Barcelona offers the visitor a wide variety of superb golf courses around the city including the PGA Catalunya Resort which is the N°1 course in Spain and Spanish candidate for the Ryder Cup 2022, and Real Club de Golf El Prat which hosted the Spanish Open in 2015. 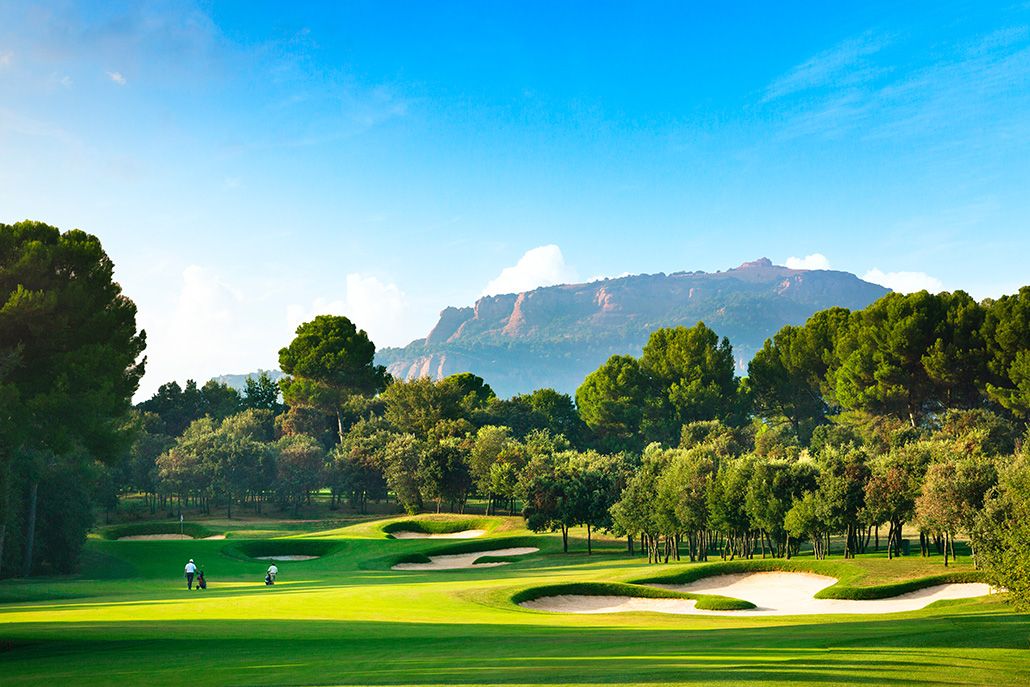 Barcelona is unique in the fact that it offers the golfer the opportunity to enjoy this vibrant Mediterranean city but at the same time play a few rounds on its doorstep. The majority of courses are private but have now opened their doors to the visitor who is made to feel very welcome. As previously mentioned Barcelona offers two of the most prestigious courses in Spain, namely PGA Catalunya and Real Club de Golf El Prat but also on the coast overlooking the sea there is the Sitges Terramar course with its superb new Par 3 where the green is almost lapped up by the Mediterranean or to the north, Llavaneras and Sant Vincenc both with superb coastal views and welcoming club houses. The Barcelona Golf Club is set inland on the border of the Penedes wine region, a great place for a mornings round and an afternoon of wine tasting. The course affords beautiful views of the Montserrat mountain and has hosted the Ladies European Tour. Other superb inland courses are Montanya Golf which hides in the beautiful Montseny region of Barcelona, extremely picturesque this course has a nearby Resort and is an ideal place to relax and Vallromanes Golf Club, a lovely private parkland course where one can step back in time in the oldy worldy clubhouse. 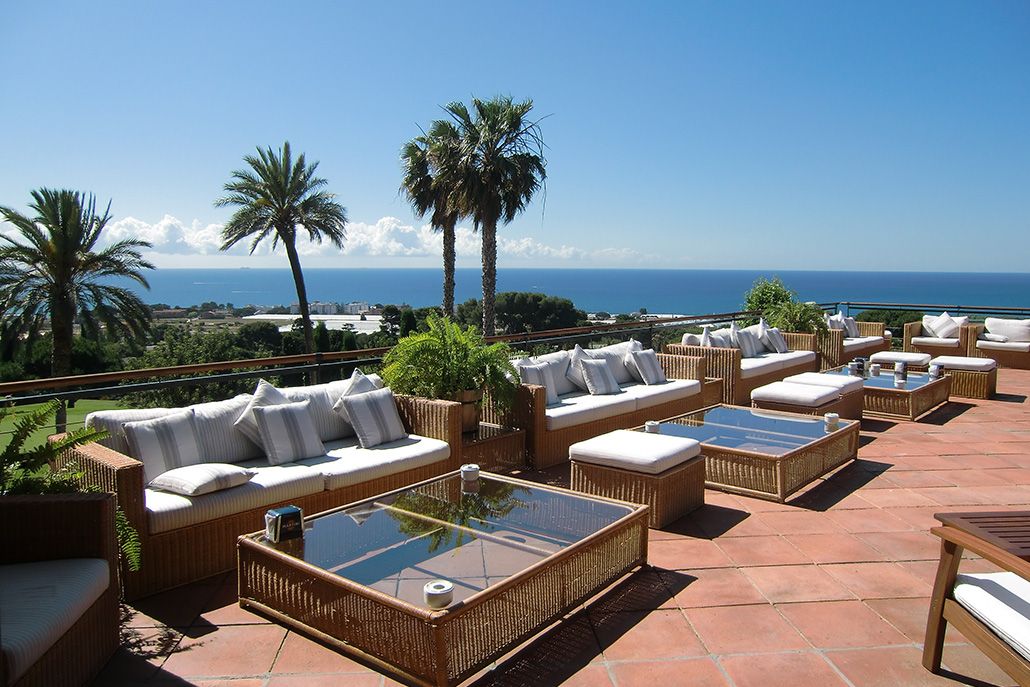 Closer to the city centre are Sant Cugat, the oldest of the courses and the Metropolitan Club which is the only public course around the city and was designed by Sevi Ballesteros. La Roca Golf completes the list, a course situated some 20 minutes from the city and next to La Roca Shopping Village.

Barcelona is an all year round golf destination with over 300 days of sun, a city and surroundings where there is always something to enjoy besides the great golf whether it be a football match, the Formula 1 Grand Prix, visiting one of the many wineries, enjoying Gaudi’s architecture or just dining in one of the superb restaurants.

The possibility to play golf around the city has brought to Barcelona, one of the World’s most famous tourist brands, a unique type of tourism, one that brings quality and diversity, offering clients a world of experiences.

Barcelona is truely ‘Much more’. Let us organise a great golf break in Barcelona for you. 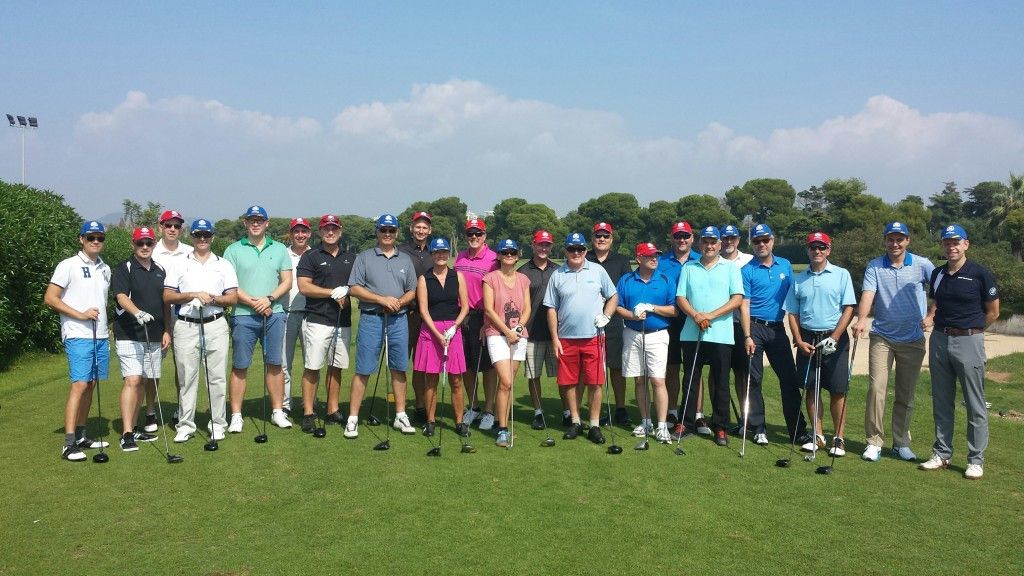 Founded in 1914 and designed by Harry S. Colt, Sant Cugat is the oldest golf course in Catalonia and came into being as a way of attracting highly qualified British and American engineers to the area, some of whom were working on the new Barcelona-Sant Cugat railway line. Golf was slow to take on with few courses being built and only then for the more prosperous amongst the community, the most notable being the Real Club El Prat in 1954. 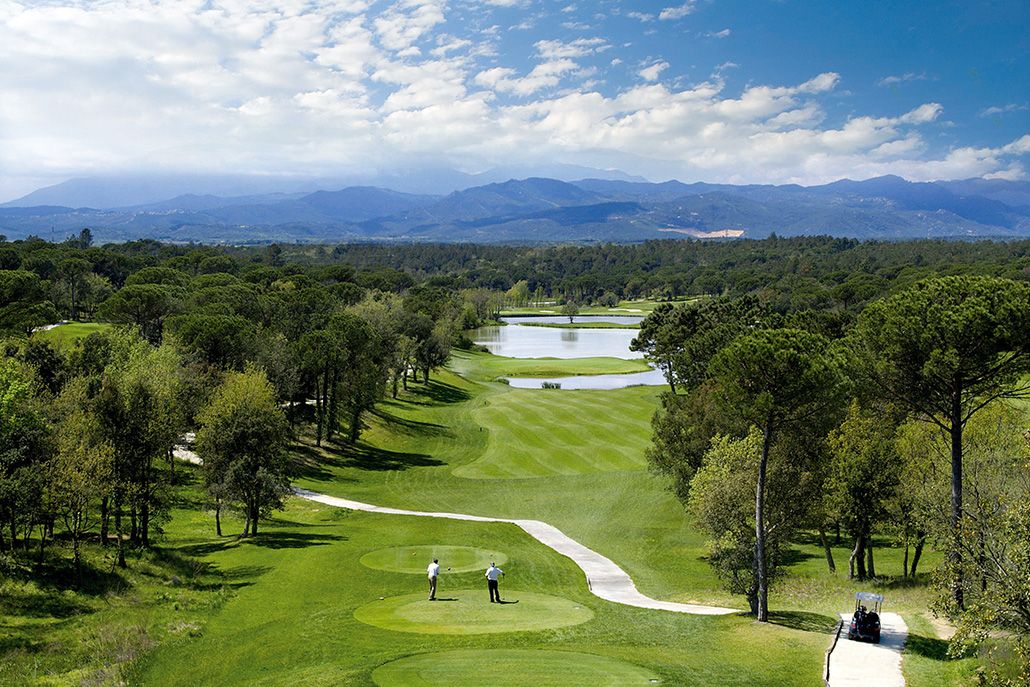 It was not until the 1990’s that golf really started to take a hold and courses started to spring up on a more notable scale mainly in the Costa Brava and to a lesser degree in the Costa Daurada. In 1999 the spectacular PGA de Catalunya course, designed by Neil Coles and Angel Gallardo opened and was an instant success being handed the Sarazen World Open in October that year and the Spanish Open in April the following year by the European Tour, a record in itself. The year 2000 was to prove something very special for golf on the Costa Brava as it received the award as the ‘Best emerging golf destination in the world’ by the International Association of Golf Tour Operators.

Quite probably, Catalonia will always be chasing Andalucia in terms of numbers of golf courses but in quality the story differs somewhat. For one thing we can boast of superbly designed courses set in majestic surroundings, whether it be overlooking the crystal waters of the Mediterranean or having the imposing snow-capped peaks of the Pyrenees as a backdrop.

Golf and golf courses will always have an air of controversy about them and probably more so in Catalonia where issues of water and land use are hotly contested in one form or another. In recent weeks a variety of reports have surfaced on the theme of golf courses, including a television documentary on the subject, albeit involving a slant on a construction issue as well. One thing is pretty certain; that with modern advances in water treatment and desalination plants the issue of water should not pose a problem taking into account that the courses are also nowadays sown with grass more hardy to withstand the
particular climate. 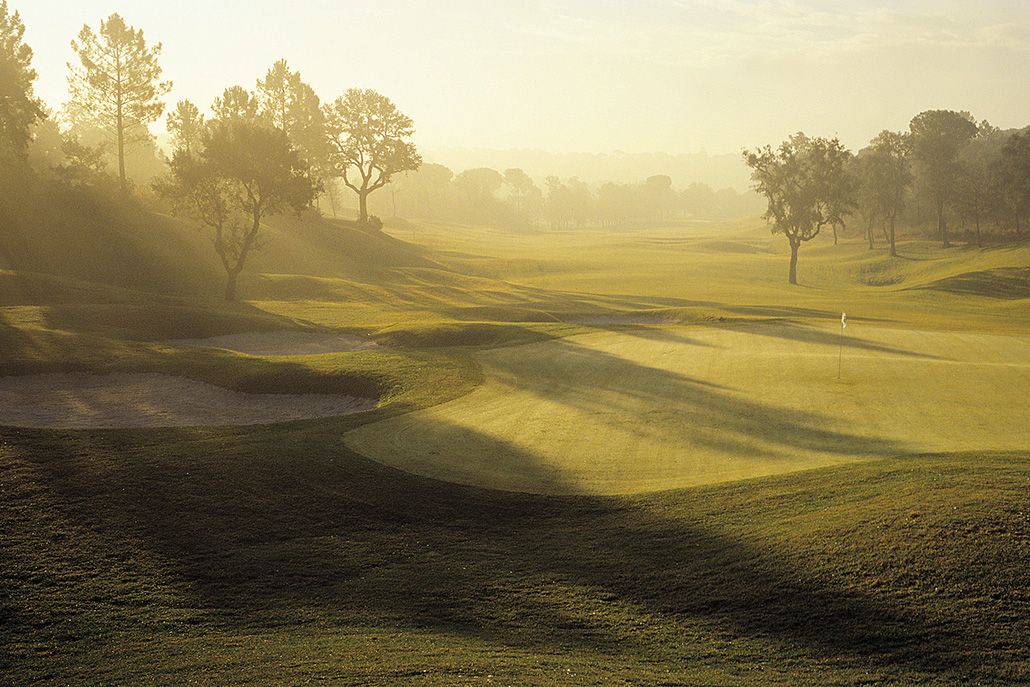 Catalonia has suffered this year along with the rest of Spain from a decrease in the number of tourists arriving in the country. The debates have once again opened on whether to build more golf courses, albeit on a more forceful note in order to promote a better quality of tourism. Studies show that golfers do, in general spend more money on holiday, 20% on the golf and 80% on a variety of other things including hotels, restaurants and cultural tours. Opinions are varied on the issue but the general census of opinion is now tending to lean towards the courses, however this leads to another issue in that many courses in the planning stages are in the hands of large construction companies who also want to construct high quality homes on the borders of fairways and greens. There are concerns that these homes are built as either second residences for Spanish nationals or holiday homes for foreigners, mainly from the northern parts of Europe. We are therefore confronted once again with the idea that golf is an elitist sport that is only there for people who can afford it; incidentally the same has happened with second homes in the mountain areas that are only used for skiing in season and resemble ghost towns for most of the year. 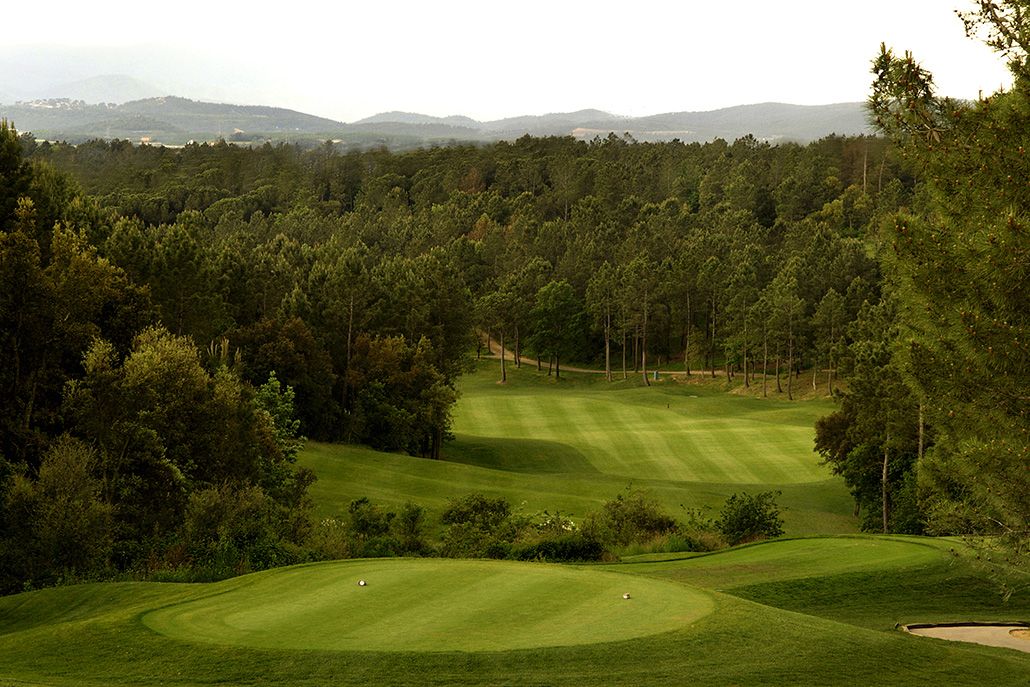 The idea that golf is an elitist sport should have left us a long time ago by the number of people who play
the game all over the world and from all walks of life. In Catalonia golf has to be more accessible, the building of Par 3 Pitch and Putt courses here has gone a long way to alleviate the problem and has proved an excellent way to introduce people to the game.

If we go back to the subject of good quality tourism, which includes golf, then we should be thinking in terms of enticing people to visit Catalonia with good quality hotels, apartments, guesthouses and restaurants so that they return again and again.

Golf for tourists and foreigners living and working in Catalonia is excellent with open tournaments and circuits being held at various clubs every week throughout the year all over the country. The only stipulation is that a handicap certificate is needed, a general requirement wherever one goes.

At Barcelona Golf we organise golf days for businesses, congresses and conventions as well as tailor made golf holidays for groups and individuals in Catalonia. For more information please contact us.

After many months of upheaval and general disruption, the PGA Catalunya has finally opened its new clubhouse and all in all it was worth waiting for. The original clubhouse building has been extended and a second floor built allowing much more space for the new restaurant, bar, meeting room and members lounge. Large terraces run around the clubhouse itself, affording spectacular views of the 1st and 10th tees with the Pyrenees mountains in the background.

General facilities have been improved inside and outside the PGA Catalunya clubhouse including modern changing facilities, large Pro-shop and reception, improved Caddy Master and extended car park. All ready in time for the PGA European Tour Qualifying School Finals 2008.