Catalonia is a part of Spain that is spectacularly beautiful, whether it be the scenery, the culture or the cuisine. We have put together various excursions that you may like to try during your stay here. These excursions are designed for the golfer who may not want to play everyday or for non-golfers who would like an alternative.

Penedes, Priorat and other wine producing regions of Catalonia are well known around the world for both their wine and Cava, so why not come with us to see how it is all done, have a sample and maybe order to take home. The wine visit can be combined to include lunch at a typical Catalan Masia restaurant.

La Roca Village and its sister Village Las Rozas Village offer the only up-market luxury outlet options in Spain. La Roca Village was the first of the Villages to open in Spain. Inspired by the historical Modernista movement, the architecture of La Roca Village is an interpretation of a traditional-turn-of-the-century Catalan town, complete with detailing inspired by historical buildings in the region.

When in Catalonia a visit to the Mountain of Montserrat is a must for anyone with its spectacular peaks rising over 4000ft and the Benedictine monastery founded in the 11th century. The Virgin of Montserrat is housed in the abbey and is the Patroness of Catalonia. The Abbey has also become world famous because of its boy’s choir “Escolania” and school of music, considered to be the choir of oldest European tradition. A trip to the top of the mountain gives some breathtaking views of the surrounding countryside.

Gaudí’s work is admired by architects around the World as being one of the most unique and distinctive architectural styles. His work has greatly influenced the face of Barcelona Architecture and you will see,from the very beginning his designs were different from those of his contemporaries. Gaudí’s work was greatly influenced by forms of nature and this is reflected by the use of curved construction stones, twisted iron sculptures, and organic-like forms. Gaudí also adorned many of his buildings with coloured tiles arranged in mosaic patterns. This added another important dimension to his buildings which is so often overlooked by architects – the use of colour. The combination of original design, interesting shaped stonework, and vibrant colours in Gaudí’s work give the viewer a truly breathtaking visual experience.

Salvador Dali said that Cadaques was the most beautiful village in the world and it’s not hard to understand why, his house here is now open to the public as a museum. Originally a fishing village, it has retained much of its image which make it so popular still with tourists from all over the world. The monastery of Sant Pere de Rodes originally constructed between the 10th and 12th centuries commands spectacular views over the surrounding coastline and is really well worth the visit.

One of Barcelona’s most visited museums is the Museu del Futbol Club Barcelona, next to the club’s giant Camp Nou stadium. The museum, renovated in 2010, provides a high-tech view into the club, with massive touch screens allowing visitors to explore arcane aspects of the team. The best bits of the museum itself are the photo section, the goal videos and the views out over the stadium.

Girona, the capital of the Costa Brava has all the charm of a large city but without the crowds; a very “human-sized” city that will leave you walking around awestruck with your eyes wide open and your mouth agape at all it has to offer: its streets, festivals, cultural activities, restaurants, tourist services and events. Girona is worth a visit at any time of year, offering gastronomy at its very best and some delightful terrace bars to pass the time of day.

Often known as the ‘Jewel of the Mediterranean’, Sitges is the ideal Catalan seaside town in which to spend a relaxing day, whether it be visiting the numerous museums and magnificent colonial seafront houses or relaxing on one of the many terrace bars and excellent restaurants.

The World Heritage Centre of Tarragona is one of the most important Roman cities in the Mediterranean and an extraordinary place to visit. From the Aqueduct on the outskirts to the amphitheatre and walled city within it contains some of the most precious monuments and remains from these ancient times.

The Costa Brava is one of the most beautiful areas of Catalonia and probably the whole of Spain. Its coast is lapped by the crystal clear waters of the Mediterranean and its interior overlooked by the spectacular and mighty Pyrenees. The stylish central area of Baix Empordà between Sant Feliu de Guíxols and Pals is popular with those from Barcelona and boasts some wonderfully scenic stretches of rolling coastline around Palamós, the beaches and villages of inland Palafrugell and hill-top Begur. The more rugged Alt Empordà in the north is marked by the broad sweep of the Golf de Roses, site of a nature reserve, the Parc Natural dels Aiguamolls de l’Empordà, and the alluring peace of the ancient Greek and Roman settlement of Empúries, and extends to the bohemian Cadaqués, which attracts an arty crowd paying tribute to Salvador Dalí; the artist lived most of his life in the labyrinthine warren of converted fishermen’s huts in a neighbouring cove, now a fabulous museum. 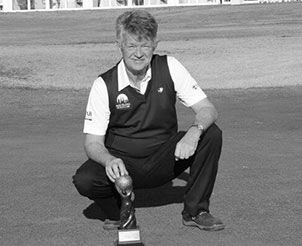